Ten years ago, RTK surveys typically involved two GPS receivers (a base and a rover), a lot of batteries and cables, two radios, a tripod, a pole, and a backpack to carry it all. Today users can choose between a GPS or a GNSS receiver, and a radio or a mobile phone, and it all fits on the pole. With the establishment of RTK networks, they can also choose to work with an RTK rover within these networks instead of setting up their own base-station. SmartNet gives users easy access to precise Network RTK data, where they experience the best availability, reliability, and traceability using internationally recognized standards, combined with flexible and affordable subscription options that meet the needs of the local market.

Traditionally users of precise GPS equipment would use a reference station (base station) set up over a known point to transmit relative corrections to their rover equipment (often by a UHF radio). The limitation of this solution is that as the distance between base and rover increases, it becomes more difficult to rapidly resolve the carrier phase ambiguities. This is caused by the distance-dependent errors associated with the GPS measurement, such as ionospheric and tropospheric refraction and satellite orbit errors.

However, by using the reference station network technique with inter-station distances of up to 70 km (44 mi), these errors can be mitigated and the GPS rover, when connected to the network control center, can operate within the entire network, free of distance-dependent constraints. This also means that with the latest technology developments from Leica Geosystems, the rover receivers have all the advantages of working with the raw data or modeled corrections, within the entire network.

More than ten years ago Leica Geosystems had the vision to span the world with their own GPS networks. Today, many SmartNet services are installed across most of Europe, North America (including Canada), and Australia, with a broad range of real time and web products. SmartNet has become the de facto standard for GNSS network services. Many professionals benefit from using SmartNet to efficiently complete their daily tasks, including Surveying, Engineering, Construction, Agriculture, Machine Control, Utility Surveys, Archaeology, Monitoring, Police Accident Investigation, and many more.

Stepping back in Time

In 1991 Leica Geosystems launched the era of Kinematic GPS, which became a successful addition to the surveyor’s toolbox of measurement devices. Then, in 1996 the world saw the first Leica Geosystems network RTK system for an engineering project: the nearly 8 km (5 mi) long Øresund Bridge connecting Denmark and Sweden.

With the launch of System 500 in 1999, rapid development of remote applications for managing GPS reference stations began. Initially based on direct serial connections, control applications were developed to take advantage of dial-up communications, using the public switched telephone network (PSTN). Then came the use of TCP/IP protocol suite in local or wide area networks. But it wasn’t until the evolution of the Internet with Networked Transport for RTCM over Internet Protocol (NTRIP), that a whole new world of possibilities in the development of end-user solutions opened up. Wireless digital cellular services also began to compete with UHF radios to help route GPS corrections transmitted from a reference station directly to the rover in the field.

In June 2000, Leica Geosystems was already well aware of the large potential offered by the Internet to transmit data in real-time: Web-based applications to transmit GPS data with low latency were now being developed for the first time at Leica Geosystems on a demonstration network in Atlanta. The goal was to showcase the usefulness of the Internet for low-bandwidth applications and to develop the functionality to facilitate the dissemination of realtime data in areas beyond the reach of line-of-sight radios, and with more reliability.

In 2001 Leica Geosystems installed the first large reference network in Michigan (USA). Also in 2001, Leica Geosystems and Geo++ presented a paper to the RTCM SC104 that contained a proposal to standardize network RTK correction messages. This new RTCM proposal would overcome the problems of the existing approaches and would benefit the whole surveying industry. The proposal, which is called the “Master-Auxiliary Concept” or MAC, put forward by Leica Geosystems and Geo++, has since undergone small refinements based on input from other manufacturers.

Following extensive research and development, Leica Geosystems produced the Leica GRX1200 in 2004, the first GPS reference receiver with an internal network interface card, which could connect directly to the Internet. This now simplified the approach for having the reference receiver continuously attached to an Internet line to stream raw data.

Within a Network RTK solution there are many factors that need to be synchronized, such as the satellite signals at the rovers position, raw data streams from all reference stations across the Internet, network software processing, and mobile communications between the user and control center. And it all has to happen within a few seconds! To provide users with the best quality of service, every part of the system must have the highest reliability for a continuous service, running 24/7, every day of the year.

The network reference station infrastructure is the backbone of any GNSS Network service and availability of sites is critical to its operation. For this task Leica Geosystems supplies the highest performance GNSS reference receivers and antennas, such as the GRX1200+, GR10, GR25, and AR10 / AR25 reference station antennas. Together with the latest Leica GNSS rover systems (Leica GPS1200, Leica Viva, Zeno GIS), the net result for the end user is the best quality of service available.

All RTK network services “powered by Leica Geosystems” provide a variety of real-time products, including Leica MAX (based on the RTCM Master Auxiliary Concept), the first and only International Network RTK standard, lead by Leica Geosystems and other RTCM council members; i-MAX, Virtual Reference Stations; and FKP. SmartNet also offers a number of value added services including RINEX and Virtual RINEX downloads, an online coordinate computation service, and more.

As on-demand GNSS applications and services increase, especially in agricultural and machine control markets, SmartNet will be further enlarged throughout the world, with the latest technology from Leica Geosystems. To enable these new, expanded services, we will continue to rely on the latest technology and mobile communication developments to bring everything together, as a single GNSS business platform for end users.

Today SmartNet is already the largest Network RTK data centre in the world, operating in over 15 countries in Europe, North America, Canada, and Australia. The services are already comprised of GNSS capable receivers, with the full capability to track all future signals from modernized GPS and GLONASS, the European Galileo, and Chinese Compass systems. 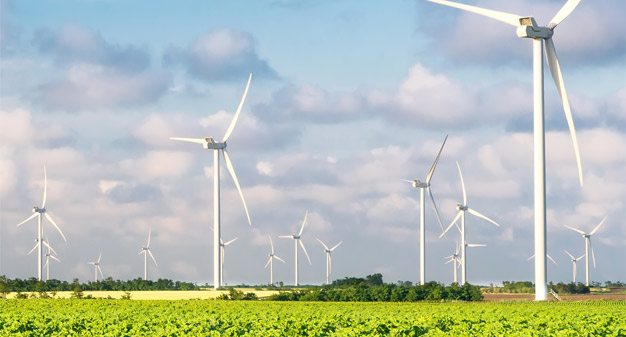